“At first I thought it was too good to be true (training with Thomas Appell) – the reviews I saw on the internet but it’s absolutely that – it’s incredible.” 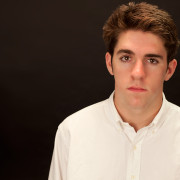 “I extended my full voice range by an octave on the first day of training – and it was not hard!“

“Thomas’ material went through the physics and the physiology in such a way that made sense – and I could tell by the way it was written that this material was put together by a vocal coach that really knew what they were doing.”

Why have more than 4,000 singers learned how to sing a HIGH C without straining while allowing me to be their vocal coach? Because it’s really simple to do when you understand how your voice works. In our first voice lesson I’ll show you how high notes are produced and why anyone with a healthy voice can learn to sing high notes comfortably. We’ll go through some vocal exercises that will be recorded to an audio CD you can take home to practice with. Many singers pick up 5-6 notes in the first 15 minutes of voice training at my studio. It’s not uncommon for singers that have been training for many years to have a significant breakthrough during our first session. I wrote the first book in history that explains how to do this, Can You Sing a HIGH C Without Straining?

Bob Schrick is a singer who has a story similar to many.

“I started taking voice lessons from Thomas Appell about march of 2010 after taking lessons for almost 15 years from another vocal coach who told me that my E above middle C was as high as my range would ever go. I am the lead singer in a working rock cover band. I needed to find someone who could do what I’d been told was not possible. Thomas Appell was that someone. I have learned more from him in three years than I’ve ever learned from anyone else. Not only has my range increased to tenor high C “without straining” but my tone and control are better than I could have imagined. He he also taught my how the physical make up of the voice works. Thomas is much more than a vocal coach. He makes the seemingly impossible, possible.”

I Like What I’m Hearing! I Want Thomas Appell To Be My Vocal Coach!

Schedule a Lesson
Scroll to top