I don’t know why there’s been such a surge of lone gunman shooting innocent strangers. We had Stephan Paddock killing 58 people in Las Vegas from Mandalay Bay hotel, 49 people killed by Omar Mateen at Pulse nightclub in Orlando, Florida, 32 killed by Seung-Hui Cho in Blacksburg Virginia (Virginia Tech) and 27 killed by Adam Lanza at Sandy Hook elementary school in Newton, Connecticut.

I produced a song for one of my students (rock artist Ted Olsen) with lyrics that speak out for the people in towns affected by random shootings and acts of terrorism, and today for the residents of Thousand Oaks where David Long recently killed 13 people at the Borderline Bar & Grill. One gunman doesn’t define a city. As a country we grieve this senseless crime. As individuals it’s important to stay strong. 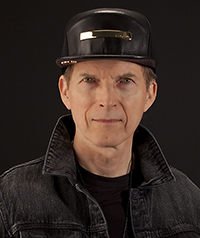 Serving the Cities of: